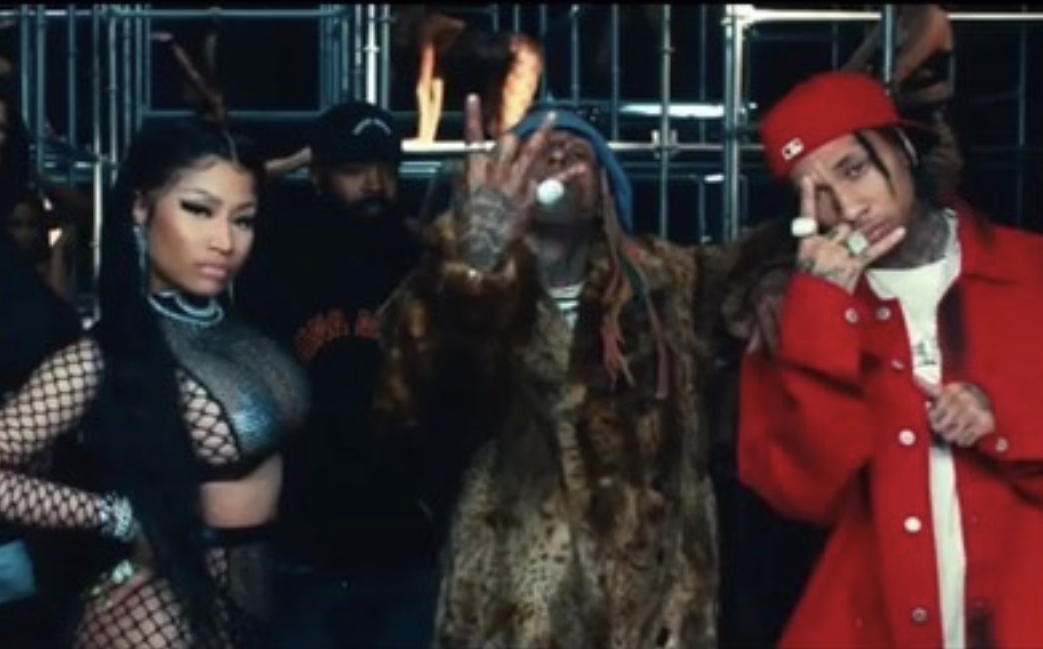 Young Money Reemergence is in full affect. Let’s talk about how for a long time Lil Wayne has been visibly sad and just not himself while fighting the long drawn out law suit against one-time mentor Birdman and Cash Money Records. Nicki Minaj has had a war of words with Cardi B and Drake a rap battle with Pusha T and Kanye West. After all this it seems the YM imprint has caught fire and is the only rap label staying  afloat in this new era of QC the Label dominating the rap game (Migos, Trippie Redd, Lil Yatchy,Cardi B, & City Girls)

At this point it’s been since 2009 “We Are Young Money” the collection of YM Roster has realsed a joint album. Any album outside of this That says young money or rich gang wasn’t authentic and no offense was a Birdman  orchestrated project.

Currenlty considered a GOAT in the game still going platinum with newly released Carter V album.  Singles like Open Letter, Don’t Cry, Dope Niggaz and the biggest song off the album Uproar landed Wayne back on the charts and apart of the 2018 dance craze landing him center stage for a great performance on NBC’s Saturday Night Live. Recently is reported Wayne just bought a new 17$ Million Dollar crib in Miami Beach water-front property.  Yea, Lil Wayne is living nice and not to mention he just gave us a great ass verse on Nicki Minaj new single “Good Form”.

Tyga started his career off basically flying under the radar but it was something about the youngin Wayne took a liking in fast forward years later tow controversial relationships later one with rumors flying around Tyga sleeping with a under age Kylie Jenner at the time to then openly back-and-forth dramas with World’s most known stripper Black Chyna, Tyga carved out a name for himself in the entertainment world. So after leaving Kylie alone and now co-parenting with Chyna Mr. Rack City was able to get back to making music.

And this year Tyga did just that releasing two powerful singles “Taste” feat. Offset (Billboard Top 10) and “Dip” feat. Nicki Minaj (Billboard Top100) and I leave you with this Tyga 2018 net worth estimate is $2 Million Dollars.

All Hail The Queen Nicki Minaj. Since coming into the game Nicki has pound for pound held her own with all men in the game lyrically and looked sexy doing so. Fresh off her beef with Remy Ma a new contender came at her like a burning wild fire in California it happened so quickly and heated up so fast. But like a pro Nicki has stood tall through it all.

What a year it has been of singles and features for Nicki during all this craziness let’s run off a few Fefe feature with Tekashi 69 (major!), Barbie Dreams (major!) Dip feature with Tyga (major!), Chung-Li (visual was dope af), and now this week dropping remix and visual for “Good Form” featuring Young Money boss.

Yes. I said the best for last purposely. Drake is Drake. I should just stop typing there. But let’s see he’s number 1 in rap game hands down no questions ask. If you think not you obviously never seen him come on tour in you’re city. He shuts you’re city down like a president has arrived. The people driving Uber of all races are excited because Drake show is tonight and traffic has raised the prices on trips to the arena in ya town lol. Drake scorpion album may not be his best work but it sure is on its way to 2x-platinum.  And who in America didn’t get for a least one day these words stuck in their head..”keke do you love me?”.  You try to go somewhere that plays hip hop and not here Drake and Lil Baby song “Yes Indeed” this year good luck. Drake had a fun year and did what he wanted all while battling a out of the blue rap beef with Pusha T and once friend Kanye West

It is rumored that when drake ends his tour with the Migos we can expect a joint album Drake x Migos. We’ve watch Drake do collaboration album before with Future also. So I’m calling on it someone get this article to Mack Maine we need a Young Money collaboration album with these four stars on it as the vocal point.

Check out more on myhellofalifetv how I feel on this subject!