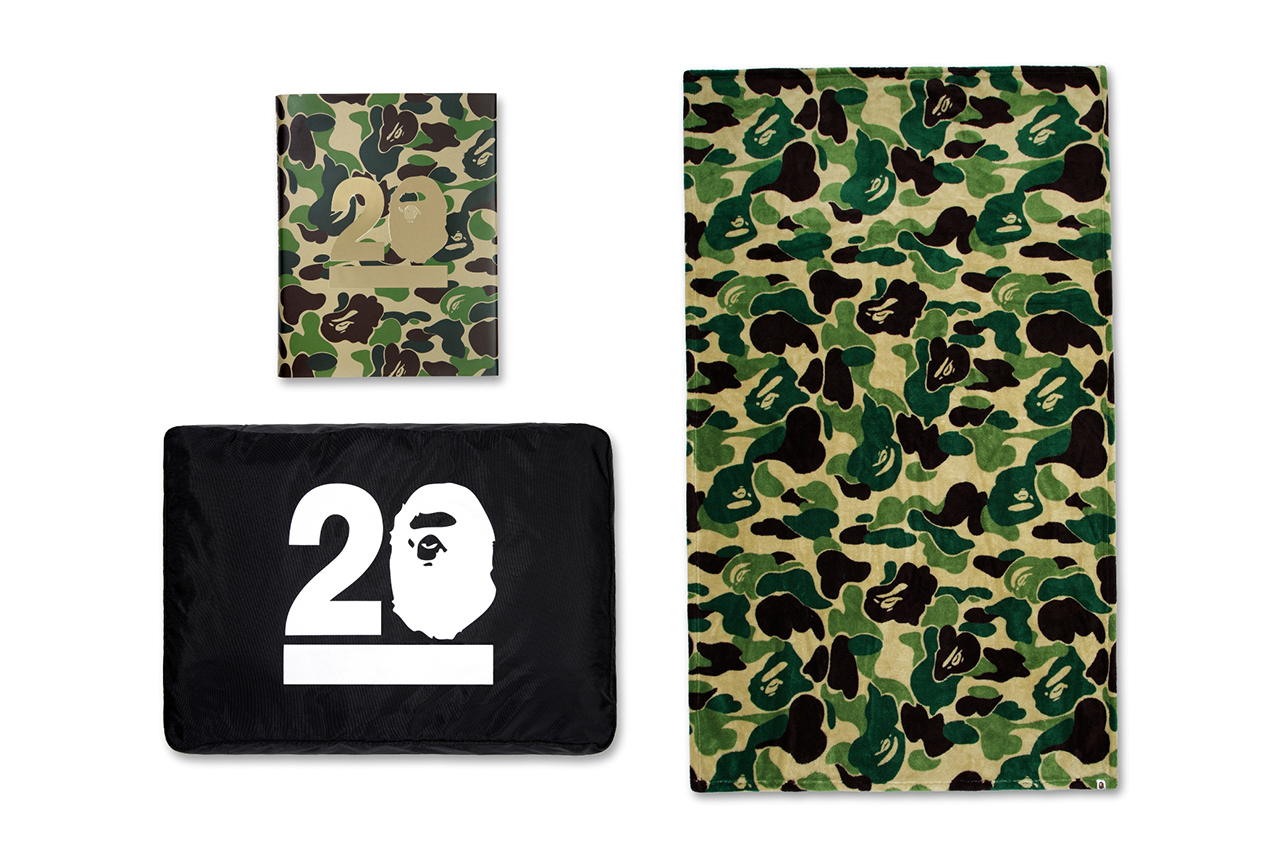 Bringing a close to its 20th year in business, Nigo‘s brainchild clothing brand will release “The Story of A Bathing Ape: 20th Anniversary Limited Edition Book” as a retrospective to all of its great accomplishments. Not only will the special edition book offer some insight into Nigo’s life and the creation of his brand, but also certain “best of” lists will be found within its pages, including a record of its most iconic products, rare collaborations, and important events. What’s more is that it’ll also feature over twenty interviews with industry cohorts like Jan Lamb, Eric Kot, Julian Cheung, Shawn Yue, Li Chen, Bibi and MC HOTDOG among others. BAPE will also be releasing a travel blanket, a storage bag and T-shirts all sporting the classic ape head logo to accompany this hardcover drop.