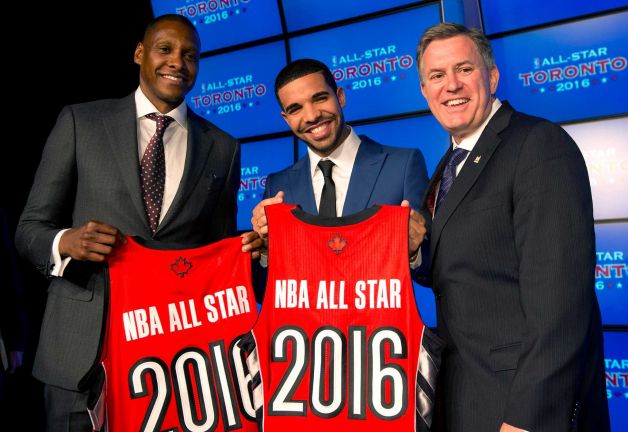 Toronto native Drake is following up the release of his third album “Nothing Was The Same” (Which just went number 1 on Billboard) with a huge announcement. Drake will be taking on a new role with Toronto’s NBA team , the Toronto Raptors. The Toronto Raptors recently announced that Toronto would host the 2016 NBA All-Star game, and now we know that Drake will be taking on the role of rebranding the Toronto Raptors image. In fact Drake has also joined as a team consultant and business partner. The Toronto Raptors were pretty horrid last year finishing with a 40-42 record last season but showed they are trying to rebuild after trading for NBA star Rudy Gay in the middle of the 2012-13 season. NBA training camp is under way now it will be interesting to see the new role Drake will play within the Raptors organization.

Below you can get a cameo of Raptors newly required star Rudy Gay (at 1:26 mark) in Drake’s “5 am in Toronto” video shot in Toronto..