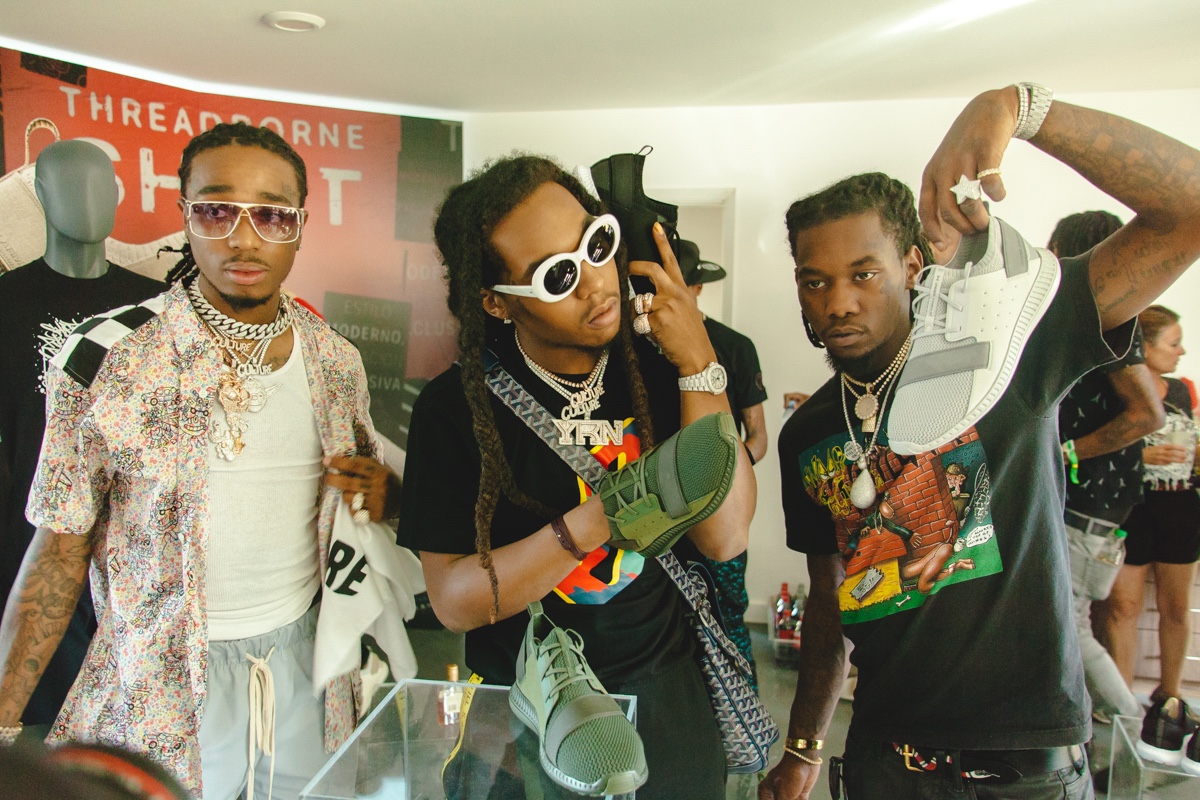 Linking up with Under Armour in Palm Springs, California, HYPEBEAST turned up by the pool with the two-day long HYPEBEAST Hotel party. While attendees to day one of the HYPEBEAST Hotel saw appearances by Gucci Mane, GoldLink and Tyga, along with DJ sets from Baauer and trap legend Zaytoven, the event’s second day featured even more merch, music and celebrity appearances.

The Migos showed up for some antics in the afternoon, throwing around some beach balls, turning up the tracks and setting everyone’s IG story ablaze. While numerous other parties were going down in the California desert this past weekend, the HYPEBEAST Hotel certainly brought the majority of the buzz outside of this year’s most incredible music festival.

Appearances from rap superstars Migos and Gucci Mane and the debut of the UA Threadborne Shift sneaker.
to see more pics from the event head here to HYPEBEAST
Source: Hypebeast