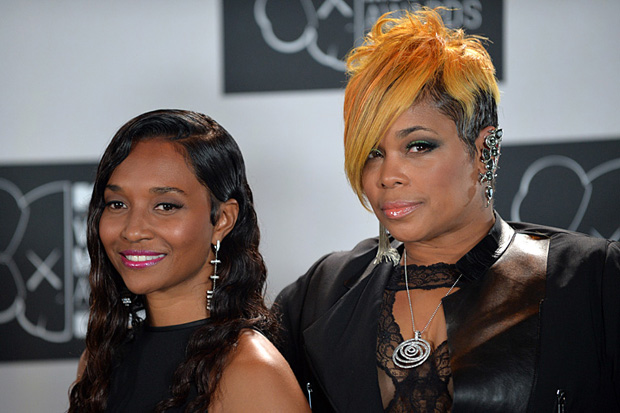 This situation seems like the truth will not be told until it settled in court.

After Perri “Pebbles” Reid went on Wendy Williams yesterday, T-Boz and Chilli was not going to let what she said be the end of it. They called up Wendy Williams and gave a statement.

Here’s what they said:

“No member of TLC ever slept with or had sexual contact with LA Reid as Perri falsely accused Chilli of on “The Wendy Williams Show.”  In fact, Perri had falsely allege the same thing happened with Tionne.”

They also deny that T-Boz & Left Eye were the ones to kick Chilli out of the group (like Pebbles said on the show yesterday), saying:

“I would like to confirm that Perri Reid was the only person who ever suggested that Chilli leave TLC.  Neither Lisa nor I ever wanted or suggested that.”

T-Boz & Chilli also took to Twitter to shade Pastor Pebbles (y’all know she is a “woman of the word” now) both saying:

LAWD today. I am anxiously awaiting to see how it all will end.

Previous « Rolls-Royce Confirms All New Convertible ‘Wraith’ Coming 2015!
Next Pebbles Says The Only Thing That Was True In The TLC Biopic Was That She Wears Chanel Bags »