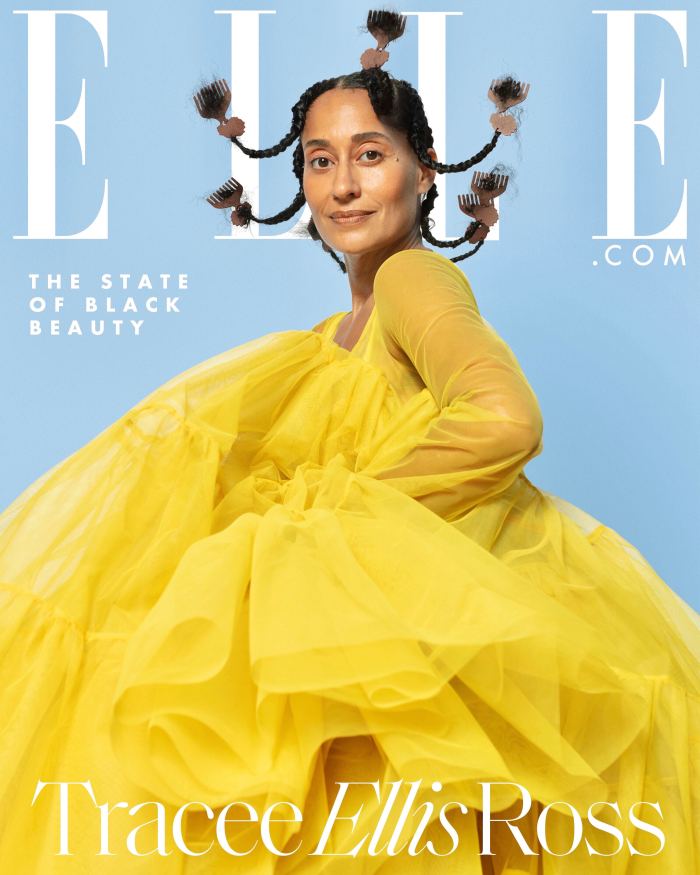 Elle.com introduced its inaugural installment of The State of Black Beauty, a franchise the publication describes as “an ongoing exploration of — and destination for — beauty at the intersection of Black culture.” For its debut, Tracee Ellis Ross stars in a series of (frankly, stunning) images photographed by Djeneba Aduayom and styled by Shiona Turini. Ross also speaks candidly on the subject of Black beauty and the mission behind her own hair-care company, Pattern, in an interview with Kerry Washington. (The duo met via Zoom, just days before their individual appearances hosting the Democratic National Convention, a press release from Elle.com notes.)

Ross’s photo shoot was led by an all-Black team, including aforementioned photographer Aduayom and stylist Turini, as well as hairstylist Araxi Lindsey. Ross provided the creative direction for the shoot and also did her own makeup, just in case it wasn’t already clear how multi-talented she is.