True or False: Chris Brown and Frank Ocean Fight Over a Parking Spot? 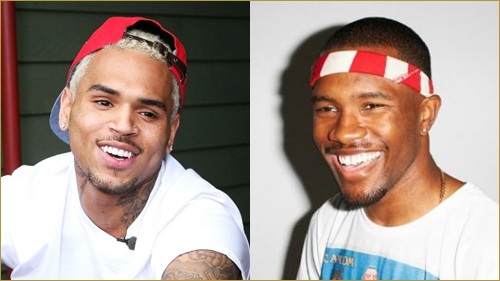 Yes, it is true the two singers got into a fight just outside Westlake Studio in LA, but get this, it was over a parking spot. There are always three sides to a story (corny, I know); of course both parties ultimately blame the other for starting the fight. TMZ reports that Chris Brown and his crew we leaving the studio when they were “blocked” by Frank Ocean and his friends. Frank said “This is my studio, this is my parking spot”. C’Mon Frank, how old are you? I’m sure there were plenty spots open.

Another report said Chris tried to shake Frank’s hand as a peace offering but a person from Frank’s crew hit Chris. One of Chris’ friends hit the guy that attacked Chris, which ultimately started a six-man fight.

LAPD is calling Frank “the victim” because he stayed around until they arrived to talk to them. I guess Chris had better things to do.

This is not a good look for either of the parties involved, because Frank Ocean is set to perform at the 2013 Grammy’s and we all know what happened back in 2009 with Chris Brown right before the Grammy’s.

Chris posted a picture sometime after the fight of him in the studio with his new artist Sevyn Streeter and Timbaland (also in the pic: Eric Bellinger, Mario, Roc Star, and Sabrina Antoinette).

The caption of the pic said, “Focusing on my album. Not working on negativity. Focus on feeding ya family. Bullshit will forever be in the shadows.”

Say that Chris! #SpeakOnIt in the comment section below.