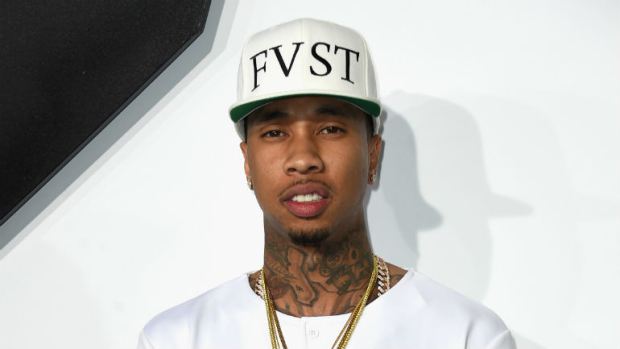 After months of speculation surrounding the release date of his latest album, controversial rapper Tyga has suddenly and without warning dropped The Gold Album.

The rapper announced the release with a tweet linking to the album’s Spotify page.
The Gold Album arrives after a seemingly endless stream of release date delays going as far back as last year. The initial delays involved Tyga working to wrangle his way out of a contract with the embattled Cash Money record label, with hopes of issuing it on his own imprint, Last Kings.
The album is executive produced by Kanye West and Mike Dean, and features appearances from Lil Wayne (“4 My Dawgs”) and A.E. (“Shaka Zulu”).

Previous « Karl-Anthony Towns, D’Angelo Russell go No. 1 and No. 2 at 2015 NBA Draft in Brooklyn
Next Meek Mill Announces ‘Dreams Worth More Than Money’ Album Release Date »