Understand Rap: Explanations of Confusing Rap Lyrics that You & Your Grandma Can Understand 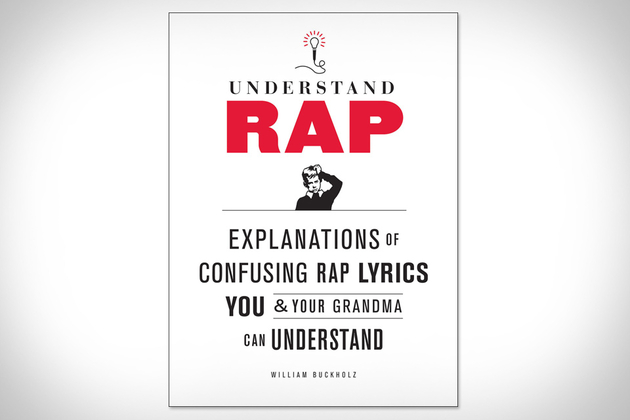 Although rap music is famous for its ingenuity, double entendres and clever turns of phrase, until now no one has attempted to collect rap lyrics into an organised compendium. Enter UNDERSTAND RAP, a very funny pop-cultural reference book based on the website of the same name, which precisely explains all the confusing terms and lyrics used in rap songs in a language even the most un-hip person can understand. The result is a book with breakout potential that’s both entertaining and highly informative. The juxtaposition of dry, academic manner with Hip Hop terminology in UNDERSTAND RAP frequently lends itself to ironic comedy gold.

For example: Lyric: “been servin’ since you was doin’ the runnin’ man” Explanation: My experience selling drugs began long ago, while you were still concerning yourself with immature things like doing goofy dances where you look like you’re running in place. (From Song: Rubberband Man on Album: Trap Muzik by Artist: T.I.) Understand Rap features hip hop artists of all names, colours, and creeds and organise their lyrics into the following categories: Cars, Money, Drugs/Alcohol, People, Places, Fashion, Crime/Weapons, Insults, Skills/Pride and Sex/Relationships.