Update: Porsha Stewart Has Lawyered Up! 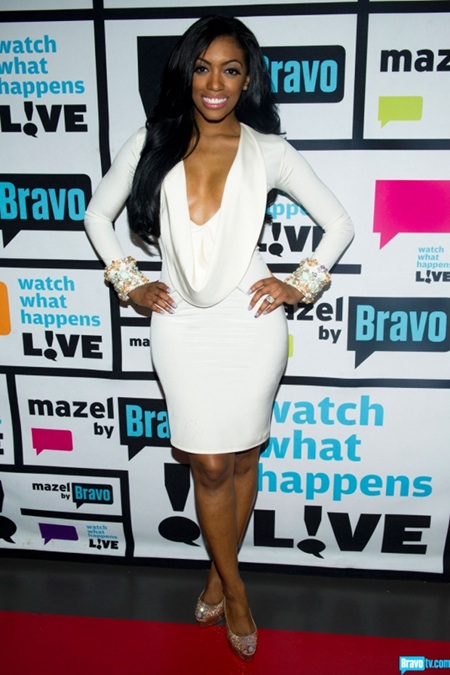 Porsha Stewart has retained Randall Kessler as her divorce attorney.  You may have heard that Kessler also represented Pamela Smith–the woman who alleged Michael Jordan was the father of her 16-year-old son.

Earlier this month; right after Michael’s request to dismiss the case was rejected, Pamela dropped her case, out of the blue. With the case ending like that, it definitely raised some eyebrows and led everybody to believe an offer was made that was bountiful.

So now that Porsha has retained the same legal representation, this divorce will not be as cut and dry as Kordell may have wanted it to be.

In his divorce petition, Kordell said that he did not want to offer spousal support, and also hinted that a pre-nup was in place because there would be no division of assets.  And Porsha’s attorney said today about the case:

“Typically there is a lot that happens but I can tell you that there will be a status conference where the parties get together and talk and the court helps direct them to work towards a resolution…I know Mr. Stewart’s attorney very well and I have worked with him in the past and we will work with him in this case to the extent that his client allows.”

If Porsha ends up challenging his petition for spousal support, things will get interesting.  Kessler commented about Porsha possibly having the upper hand due to Kordell’s words and actions being documented on tv:

“The short answer is that evidence is evidence. If you’re on a security camera and we get it, or if you’re on reality television and that’s taped, that’s evidence as well.”

Shockingly, Porsha’s “RHOA” arch enemy, Kenya Moore sent positive vibes and supportive words about the split (after saying she saw red flags before the split), and revealed she hopes they work it out.  She told TMZ:

“It seems they just need to maybe iron some things out in their relationship. Maybe they could still make it work.”

“I was very sad.  I reached out to her. I didn’t talk to her, but we spoke on text. I was really just hurting for her. I hate the whole thing that when people get on reality TV sometimes that can breakdown a relationship. I hate that for her. She really, really, really wanted her marriage to work.”

I’ll pray that everything goes well for Porsha. Speaking of  prayer, a little bonus 411: Porsha used to be an Evangelist, but her entire persona changed when she joined the show; Wearing skin tight dresses and calling herself a “black trophy wife”. However, it explains her views on a “woman’s role” in a marriage. Could this change be one of the reasons Kordell has filed for divorce?

Some videos from YouTube quietly emerged from her evangelist days: