Versace Villa in Miami Up For Auction 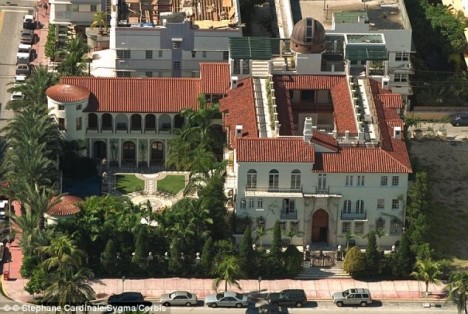 The fly Miami villa where fashion icon Gianni Versace was shot dead in 1997 is to be sold at a auction, the expected price is $50 million for this place

The property had been transformed into a boutique hotel but is being sold off by its current owner.

An auction has been scheduled for September 17. Lamar Fischer, the president of the Fischer Auction Company which is handling the sale, said he expected the estate to be sold within 30 minutes.

Versace, 50, was shot dead on the steps of his home in July 1997 by serial killer Andrew Cunanan.