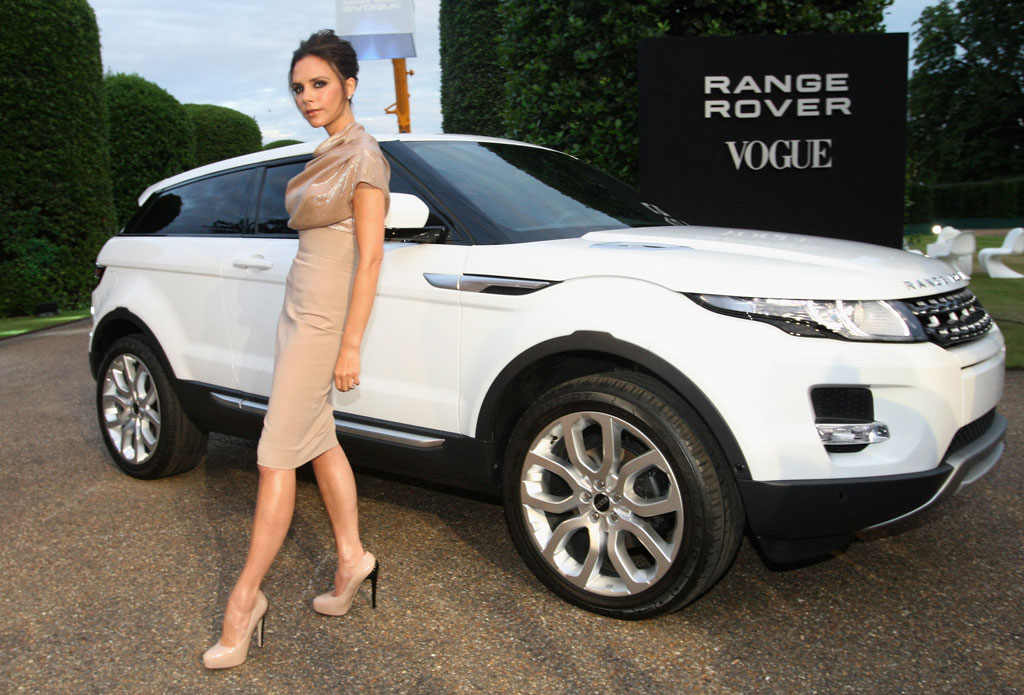 You’ve probably noticed, there’s a new style of Range Rover on the market now. The Range Rover “Evoque” has been on the market since late 2011, but did you know it was designed by David Beckham’s wife and former spice girl Victoria Beckham?

“I’ve stayed very true to myself. I’ve designed a car that I want to drive, a car that I think David wants to drive,” the former Spice Girl told Reuters in an interview in Beijing , where she was promoting the vehicle, late on Sunday.

The new “Evoque” costs $129,000 twice that of a regular model and only 200 will be made. This car is said to be like “no other Range Rover before”, Land Rover-the company that makes Range Rover-wanted to appeal to customers who may have never considered purchasing a Range Rover before.

I have to say, when I first saw the vehicle at Land Rover, I was a bit shocked by the new design, it’s almost awkward looking and definitely takes some getting used to. However, its’ never before seen luxury features and sleek look will be impressive at least to those who can afford to buy it. What do you think about the newest Range Rover “Evoque”?