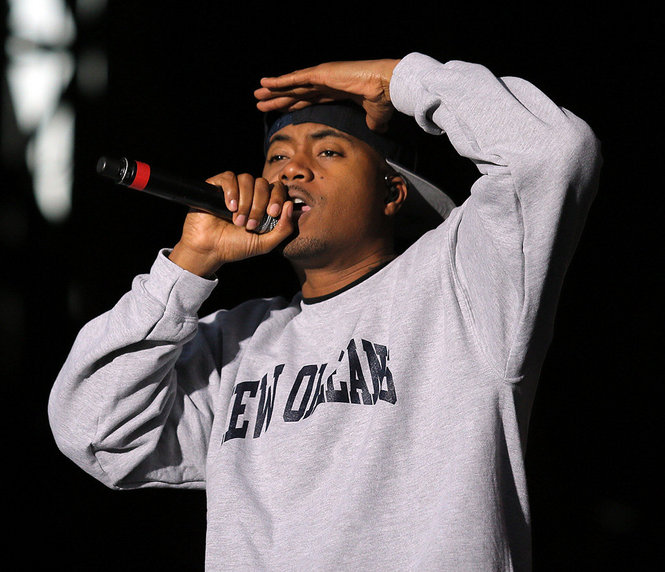 “Life/I wonder/Will it take me under…. I don’t know” rapped Nas last night at the Voodoo Experience in New Orleans. As the temperature dropped and smokey Cannabis clouds filled the air, Nas stepped on stage to heat it up. While dressed in a gray New Orleans sweatshirt and a backwards Yankees cap atop his head, it was clear that Nas was in his zone.
With hit after hit under his belt Nas gave a a heartfelt performance of many tracks from his breakthrough Illmatic album, including a righteous rendition of “NY State of Mind.” “It Ain’t Hard To Tell” took the look of a very serious Nas, as did when he performed “Daughters”. When it was time for “One Mic” he had the crowd ready for the mosh pit. He excited the crowd every time the song was heightened with its delivery. Nas put on a dope show, my only wish is that it could’ve been longer.

New Orleans own VOODOO Fest has been around for years now, and every year it seems to get even bigger.