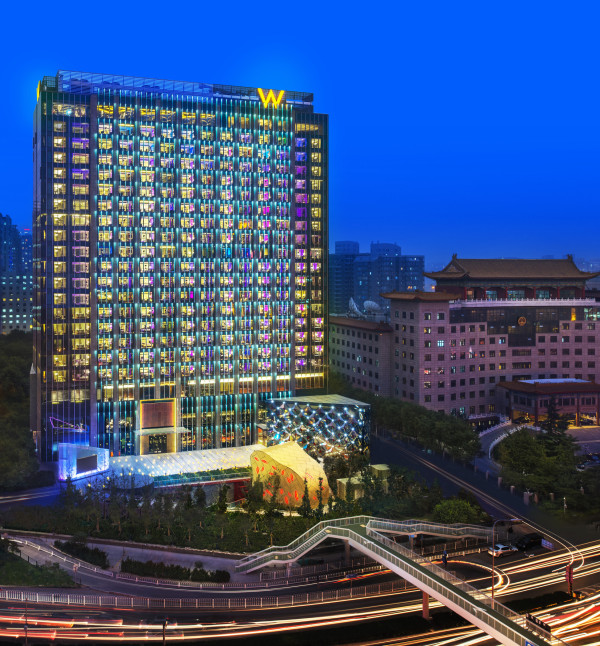 Beijing has opened the doors to a new W HOTEL, a modern, glitzy property that aims to be the hotel of choice for the fashion, music and entertainment industry who descend on the bustling capital.

Located on Chang’an Avenue, a major thoroughfare that’s also home to major landmarks and monuments like Tiananmen Square, the Forbidden City, the Silk Market and the Beijing Concert Hall, the W Beijing towers over a place that straddles tradition, history and the 21st century.

All 349 guestrooms and suites feature digital tablets that can control room lighting and mood, a home theater system with Bose portable speakers and amenities from Bliss.

The W Beijing is the second of several W Hotels planned for China over the next five years in cities like Changsha, Chengdu, Shanghai, Suzhou, Sanya, and Shenyang. W Hotels opened its first China location in the city of Guangzhou.