Wale Marches With Baltimore Students and Residents To City Hall 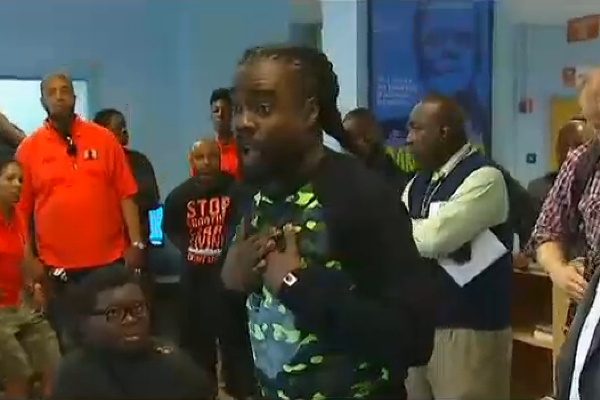 Being from D.C., Wale felt pretty close to the racially-charged riots going on in Baltimore, so he decided to visit the city to show his support, and offer guidance to the youth at Fredrick Douglas High School.

The rapper made it his task to make sure the children did not buy into the media’s portrayal of black protesters as “thugs”. “These are the young leaders of tomorrow. They have to look in the mirror and see something better than what they’re being perceived as on TV,” he said. “Even if it’s gonna take me, or whoever, to come down here and talk to them and give them some energy and let ‘em know that that’s not how I see them, that’s not how we see them, that’s not how the good people of Washington D.C. see them.”

On top of giving a speech at the high school, the rapper also joined them on a march to city hall.