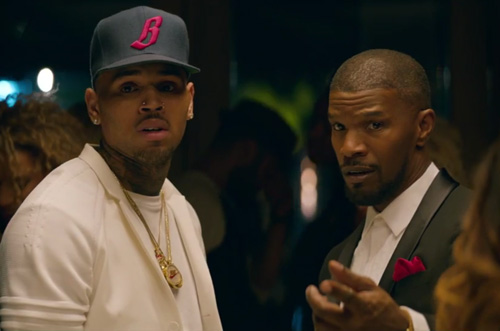 Foxx and CBreezy meet up at his mansion while planning one of his next parties, and both admit they might have found the “one.” As the festivities are kicking off Jamie’s lady arrives (played by Empire star Grace Gealy), he serenades her and even shows off some of his dance moves. Chris turns on the charm for a curly-haired young beauty of his dreams, the two get intimate in the hallway before taking it to the bedroom.

Foxx’s Hollywood: A Story of a Dozen Roses is out now! Watch the fellas say goodbye to their player ways below!