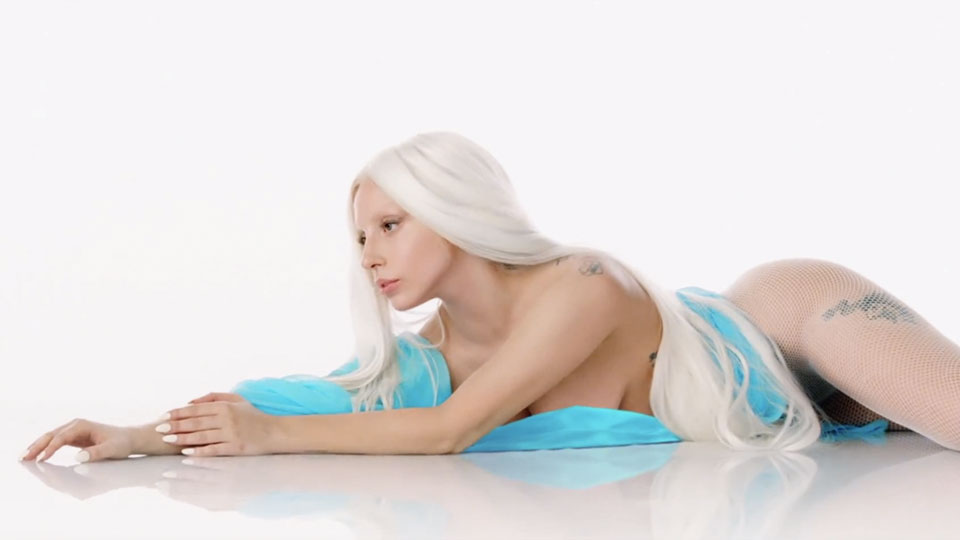 Over the weekend Lady Gaga has released her latest ARTPOP film for her song “G.U.Y.”. If things could not get any weirder, the almost 12 minute long music video sees the singer get swarmed by Wall Street wolves, carried by dominatrices and healed by water ballet dancers. Also the music video of her new single features the cast of The Real Housewives of Beverly Hills and Bravo’s Andy Cohen as Zeus, next to several other prominent appearances. Gaga herself sticks for most of the video to her Donatella Versace look. Shot at the Hearst Castle in California, the extravagant back-drop only adds to the overall look of the short film.