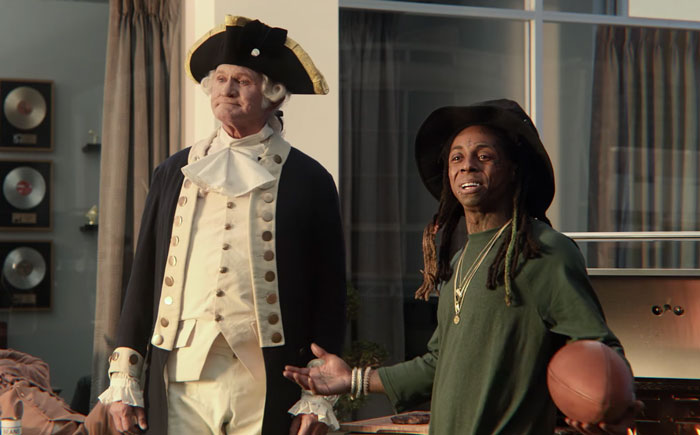 Lil Wayne is “Movin’ On Up” in a Super Bowl commercial for Apartments.com. The one-minute clip, which was teased last week, also features a few more familiar faces.

Actor Jeff Goldblum, for instance, stars as Silicon Valley maverick Brad Bellflower. Playing the piano and joined by a choir, Goldblum sings “The Jeffersons’” theme song “Movin’ On Up” as he’s lifted to the top of a high-rise where he finds Weezy and an actor playing George Washington.

George and Weezy, of course, act as a nod to “The Jeffersons’” main characters, George and Louise “Weezy” Jefferson.

So what are Wayne and Washington doing? Just “flame-broiling some burgers” and “grilling some beans” in a deluxe apartment in the sky. Oh, and you can’t forget about Weezy’s signature apple pie.