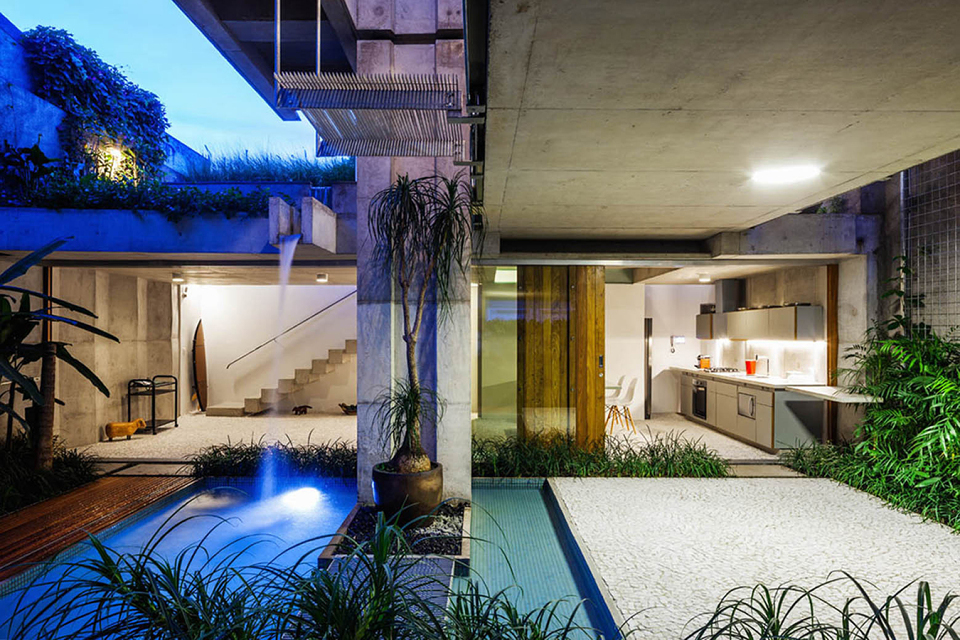 Located between an arterial avenue and a metropolitan infrastructural axis on the river margins, the clients for this home wanted to avoid being stuck behind the wheel during the weekend so they decided to team up with spbr to design them a weekend house in downtown São Paulo. A swimming pool, a solarium, and a garden are the main elements of the project. The rest of the program is complementary: a bedroom, a small apartment for a house-keeper, and a space to cook and receive friends. The maximum height allowed in the neighborhood is six meters. As such, six meters was considered the new “ground level.” In Brazil it is very common to build elevated reinforced concrete water tanks and this proposal could be simply described as an elevated water tank suitable to swim in. 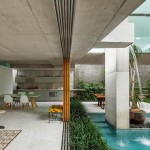 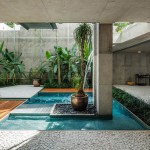 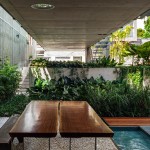 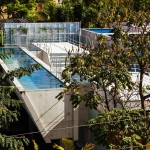 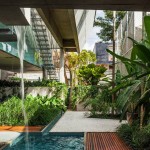 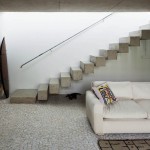 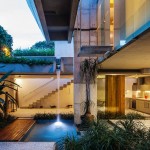 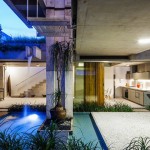 The pool and solarium have been displayed as parallel volumes. Structurally, the swimming pool counterweights the solarium. The 12-meter span between the two columns is faced on one side by beams supporting the pool and on the other by beams that support the solarium and also hang the floor underneath. The ground level was kept free from any construction in order to achieve the maximum area for a garden. As a result there are three different layers and three different moods: ground level (garden), apartment level and rooftop (swimming pool).
VIA HIGHSNOB