Where to Watch the 4th of July Fireworks In NYC 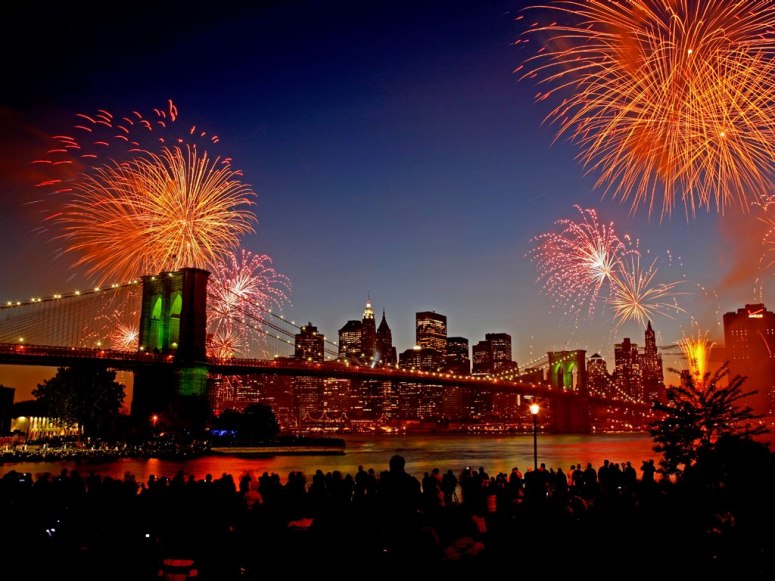 After a few years on Manhattan’s west side, the Macy’s 4th of July pyrotechnics display moves back on the East River, with more than 40,000 fireworks being set off from barges near the Brooklyn Bridge. If you want to join the millions of spectators, here’s where to go.
STORY DONE BY http://www.cntraveler.com

Expect massive crowds at this waterfront park, which welcomes 4th of July spectators to its six piers. The spectacle is sure to be stunning—there’s no part of the park that doesn’t have a view of the Brooklyn Bridge—but get there early to claim a spot.

Another prime Brooklyn viewing area is the Brooklyn Heights Promenade, which runs above the Brooklyn-Queens Expressway and has Instagram-worthy views of the Manhattan skyline and the Brooklyn Bridge. Again, get there early—space will likely fill up even faster here.

This Manhattan hotel’s stylish lounge, Jimmy at the James, has planned what sounds like a fancy cookout for hotel guests: There’ll be Kobe beef pigs-in-a-blanket and cheddar-and-apple grilled cheese sandwiches, along with signature cocktails and frozen drinks. The hotel’s Soho location means it should have a good vantage point of the East River.

It’s on the other side of the island, but the Conrad New York’s rooftop lounge, the Loopy Doopy Bar, will have a clear view of the fireworks over the Statue of Liberty in New Jersey. (How’s that for patriotic?) Sample a boozy popsicle courtesy of Brooklyn purveyors People’s Pops as you take in the view.

Previous « Throw it in the bag /// CELINE FALL/WINTER 2014 BAG COLLECTION
Next Illustrations and various artworks by French illustrator Jean Leblanc. »