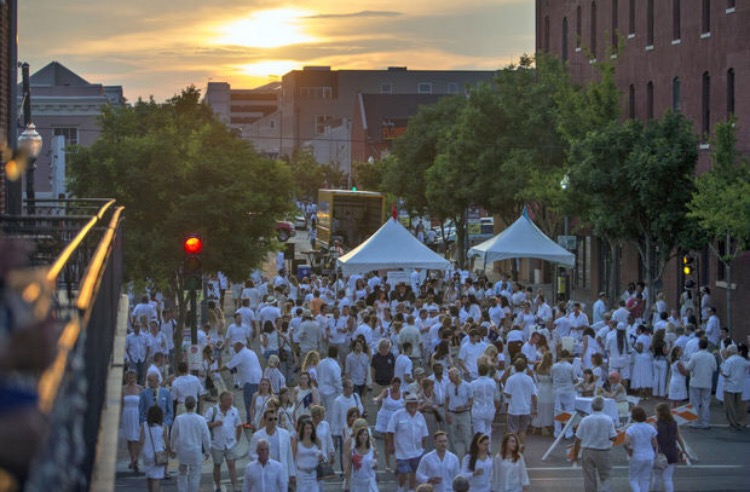 The Warehouse District, also known as the New Orleans Arts District, is the epicenter of NOLA’s thriving art scene and every summer the neighborhood hosts White Linen Night to show why it has earned that distinction.

On the first Saturday evening in August, four blocks of Julia Street will be closed to vehicular traffic for a three-hour, New Orleans-style block party. This White Linen Night event is free and open to the public.

Sponsored by Whitney Bank, Whitney White Linen Night will be held this year on Saturday, August 6. In the closed-off 300 to 600 blocks of Julia Street, three stages are set up for live entertainment featuring some of New Orleans’ top bands.

This year’s event features over 20 galleries and museums, as well as food and cocktails from 25 local restaurants.

During the hours of 5:30 to 9:30 p.m. the art galleries on or adjacent to Julia Street will open their doors to art aficionados and casual strollers alike.

Then from 9 p.m. to 11 p.m., will be the Official Whitney White Linen Night After-Party, held at the Contemporary Arts Center, for its 40th Anniversary.