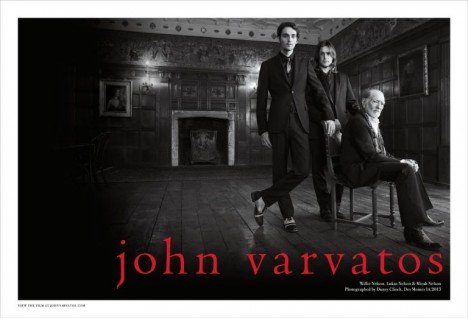 John Varvatos has released its latest in a series of rockstar campaigns, this time featuring country legend Willie Nelson alongside his two sons.

The trio feature in a three-minute video also directed by Clinch which sees the family band picking out a tune on guitars and a ukulele.

His sons talk about growing up on the road with their father, who refers to his own musical progression; “after you kind of rip off all the other artists, you wind up with your own self there.”

The video features Nelson’s aged and pockmarked guitar, Trigger, which has been signed by over a hundred of Nelson’s famous friends and bandmates over the years.