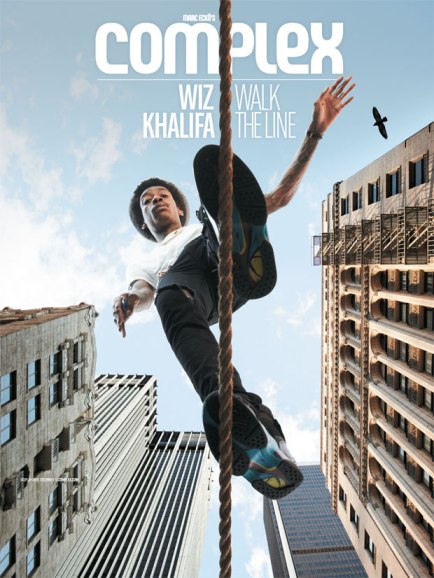 Wiz featured on one of the illest magazine covers I’ve ever seen on the new issue of Complex..

Below is a statement on what may be the reason for his new album delay:

What does command Wiz’s full attention is his upcoming album. He and everyone in his camp feel confident about O.N.I.F.C.—everyone, apparently, except for Atlantic Records.

“Atlantic likes O.N.I.F.C.,” says Wiz. “But they want more obvious singles because that’s what sells it for them. My belief in the record is what sells it to me. It’s not a conflict. You just have to communicate so everybody understands it.”

Wiz is looking for that delicate balance. “When you’re working with other people, you figure out how much you do for them and how much you do for yourself,” he says. “You can’t just be an artist fighting for your opinion and that’s it. The label has to understand artists. I wanted to make Rolling Papers when I made Rolling Papers, now it’s time for O.N.I.F.C. Now we’re going to do it exactly how I want to do it to see how that works. It can’t be one-sided.”