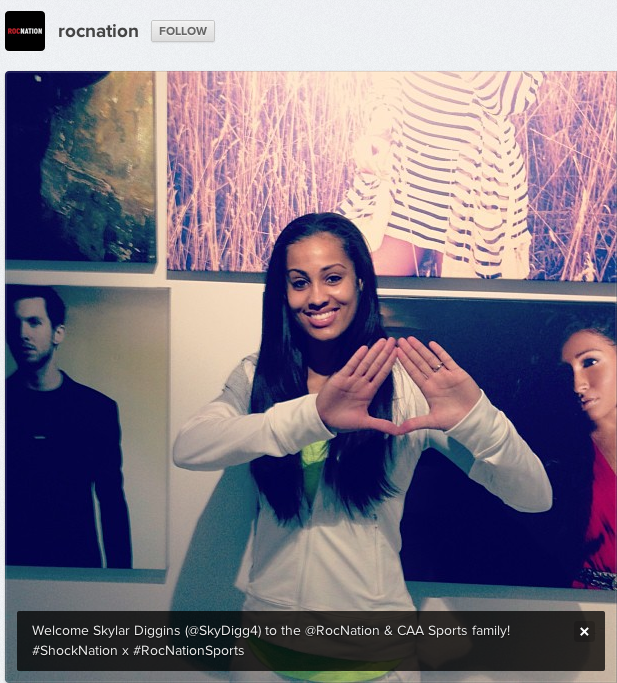 Diggins, selected No. 3 overall in the WNBA draft earlier this month by the Tulsa Shock, has signed with Roc Nation Sports as her representative.