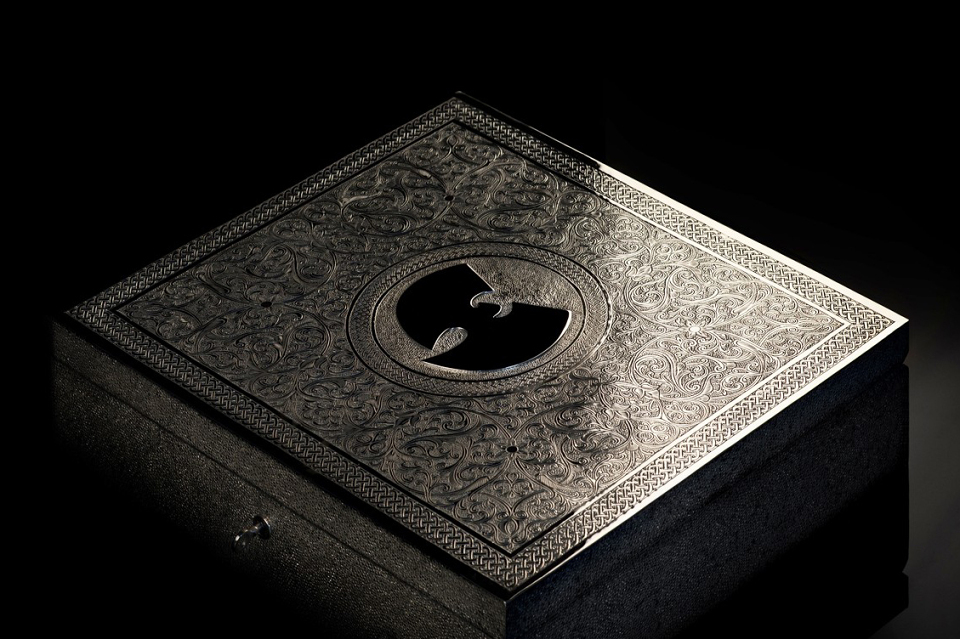 While Nipsey Hussle gained an assortment of attention for his $100 mixtape, Wu-Tang is taking the #newrules to expanded heights with the announcement of a secret double album that one lucky person will have the opportunity to buy for millions of dollars. In a new interview with Forbes, RZA says the group plans to sell one copy of a previously unannounced, 31-track double LP The Wu – Once Upon a Time in Shaolin. As Forbes puts it, “Somewhere on the outskirts of Marrakech, Morocco, inside a vault housed beneath the shadow of the Atlas Mountains, there sits an engraved silver-and-nickel box with the potential to spawn a shift in the way music is consumed and monetized.” In a statement that Rolling Stone posted the Clan asserts, “The music industry is in crisis. Creativity has become disposable and value has been stripped out. Mass production and content saturation have devalued both our experience of music and our ability to establish its value. Industrial production and digital reproduction have failed. The intrinsic value of music has been reduced to zero. Contemporary art is worth millions by virtue of its exclusivity. This album is a piece of contemporary art.”
According to RZA and the album’s main producer Tarik “Cilvaringz” Azzougarh, a Morocco-based part of Wu-Tang’s extended family, the plan is to first take Once Upon A Time In Shaolin on a “tour” through museums, galleries, festivals and the like. Just like a high-profile exhibit at a major institution, there will be a cost to attend, likely in the $30-$50 range. Once the tour has concluded, the owner is free to do with the project what he/she/they please – whether that’s hide it away forever or make it available for free download.