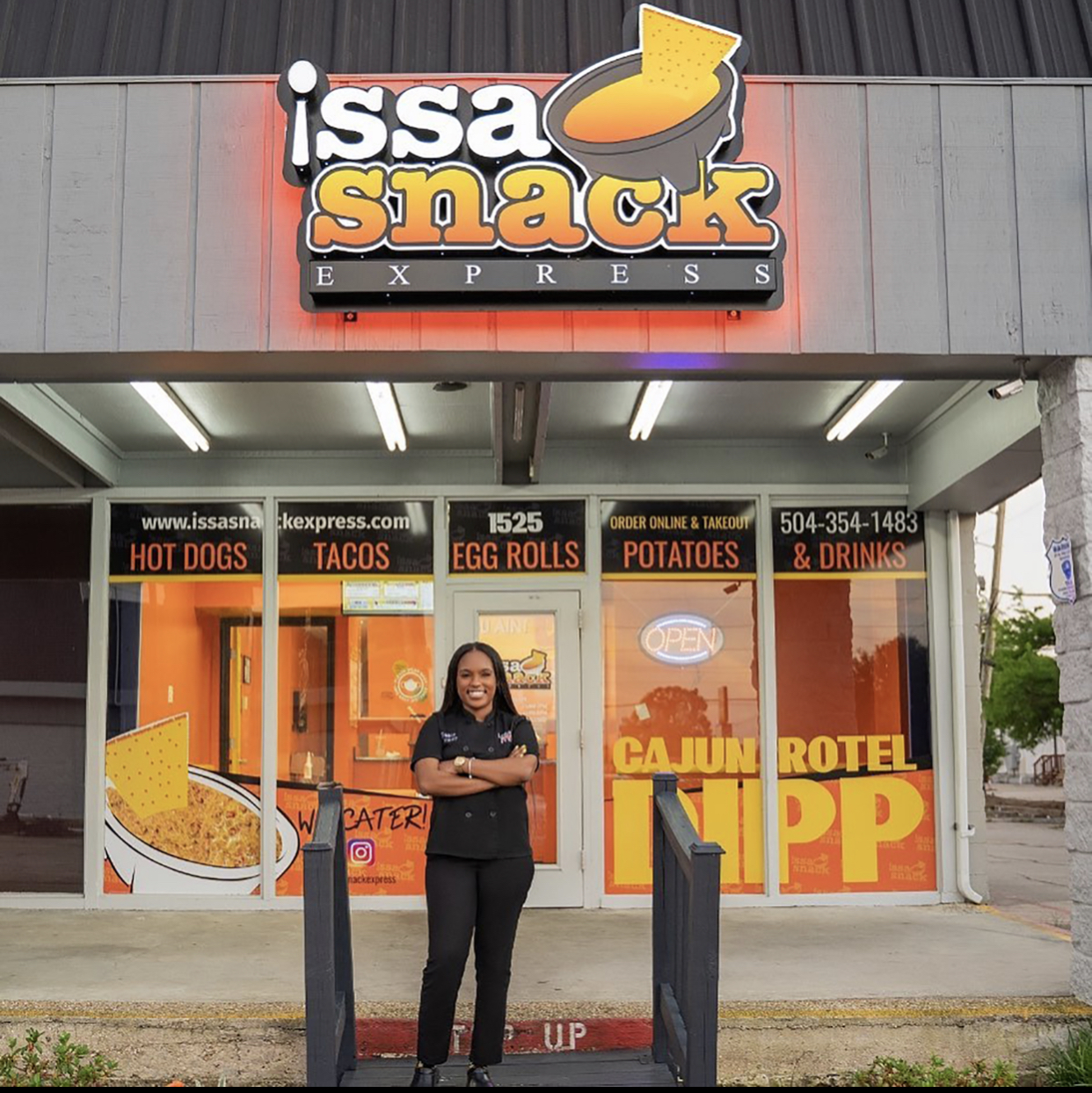 Harvey, LA – Katie Kagler was a young parent and a full-time dental assistant when she decided to pursuit her passion for food. Growing up, her mother worked as a caterer, which who sparked her interest at an early age. “I always left my house smelling like fresh seasoning and her cooking. It made being in the kitchen and around cooking very natural to me.”

Katie has always dreamed of opening a quick service restaurant her entire life, thus in April 2018, Issa Snack Express was born. Initially launching as a mobile food truck, the news of the most popular item, the Cajun Rotel Dippbegan to spread across the Crescent City.
After much hard work, and the power of social media, Katie began looking to expand operations. Not just with her rotel, but the hand rolled seafood egg rolls, and Downtown Friesall became wildly popular. Then in January 2021, Kagler had arrived. She and her team were cutting the ribbon to their very first brick and mortar location in Harvey, LA.

Not only was Kagler achieving her goals as a food industry entrepreneur, but she also began to become a highly active member in her community. During the 2021 Louisiana Senate race, Issa Snack Express was a frequent stop for candidates and incumbents.

Kagler is now reaping the rewards of her diligence and wiliness to learn. She plans to continue to evolve the Issa Snacks brand, eventually franchising locations across the United States. In the meantime, the Harvey, LA  location is open Tuesday- Thursday (11AM–7PM), Friday & Saturday (12–8PM) , and closed on Sunday & Monday.